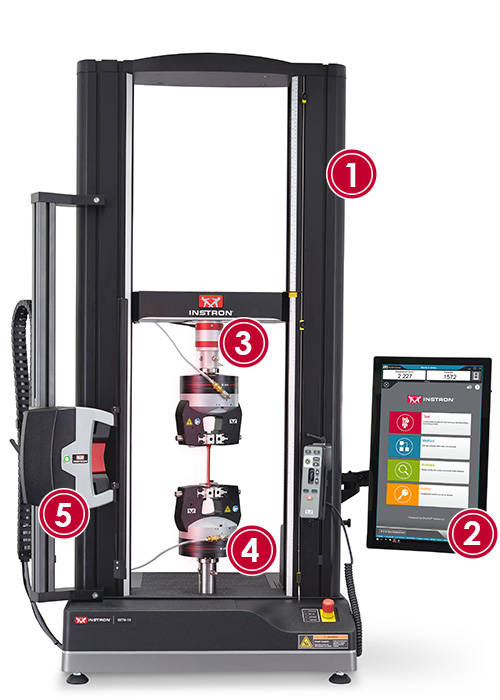 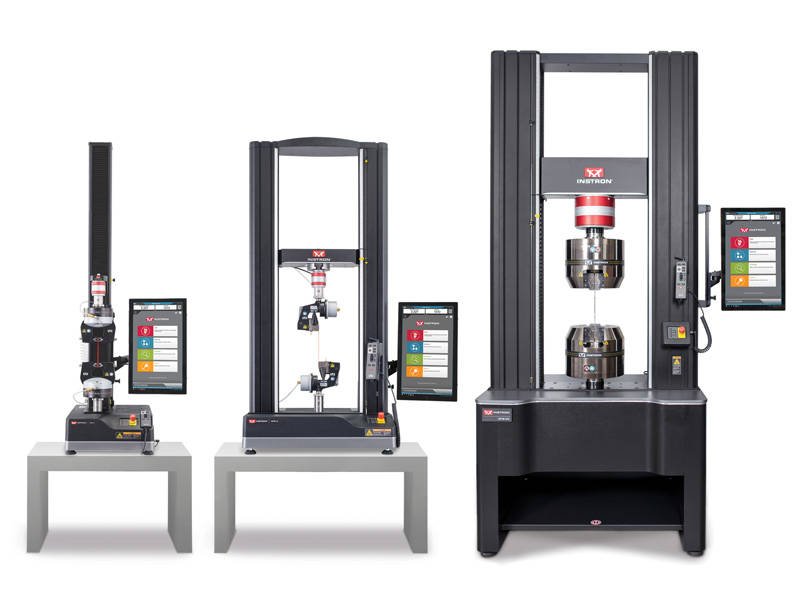 Universal Testing Systems up to 300 kN 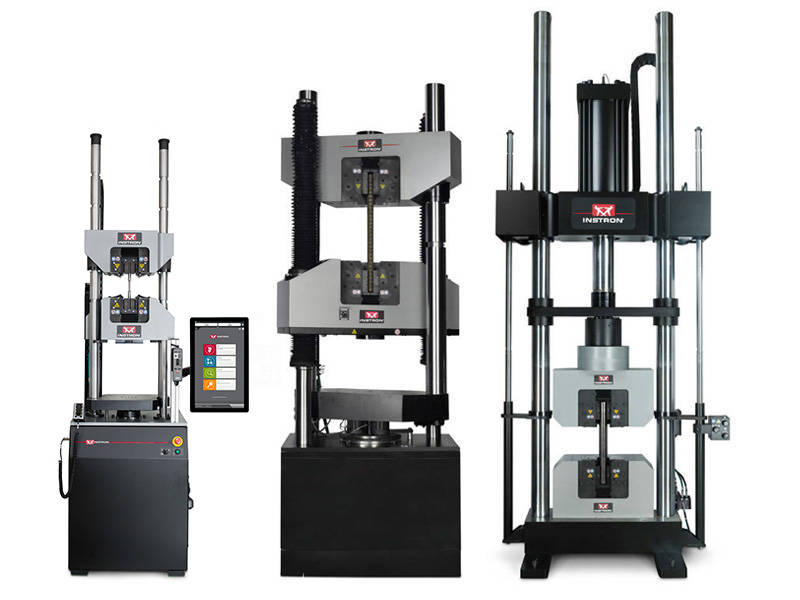 Instron’s Industrial Series includes frames with single or dual test spaces and range in force capacity from 300 kN to 2000 kN.

Most tensile testing is performed to established standards published by standards organizations such as ASTM and ISO. Testing standards prescribe acceptable test parameters and results for different types of raw materials such as metals, plastics, elastomers, textiles, and composites, as well as for finished products such as medical devices, automotive parts, and consumer electronics. These standards ensure that materials and products entering the supply chain display predictable mechanical properties and are not likely to fail in their expected end use. Since the cost and safety implications of product failure cannot be overstated, companies are encouraged to invest in high-quality, accurate testing equipment that is designed to help them easily determine whether or not their products meet applicable standards.

ASTM D412 and ISO 37 are the most common standards for determining the tensile properties of vulcanized (thermoset) rubber and thermoplastic elastomers. Compounds in this family are used to create a vast array of products from tires to medical gloves to O-rings. Key measurements for elastomer testing include ultimate elongation and tensile set.

ASTM E8, ASTM A370, and ISO 6892 are major standards for the tensile testing metals and metallic materials. Methods of test control are a major consideration in metals testing, and a thorough understanding of crosshead compliance and strain control is necessary in order to produce accurate test results.

Measuring a material or product in tension allows manufacturers to obtain a complete profile of its tensile properties. When plotted on a graph, this data results in a stress/strain curve which shows how the material reacted to the forces being applied. While different standards require the measurement of different mechanical properties, the greatest points of interest are usually the point of break or failure, modulus of elasticity, yield strength, and strain. 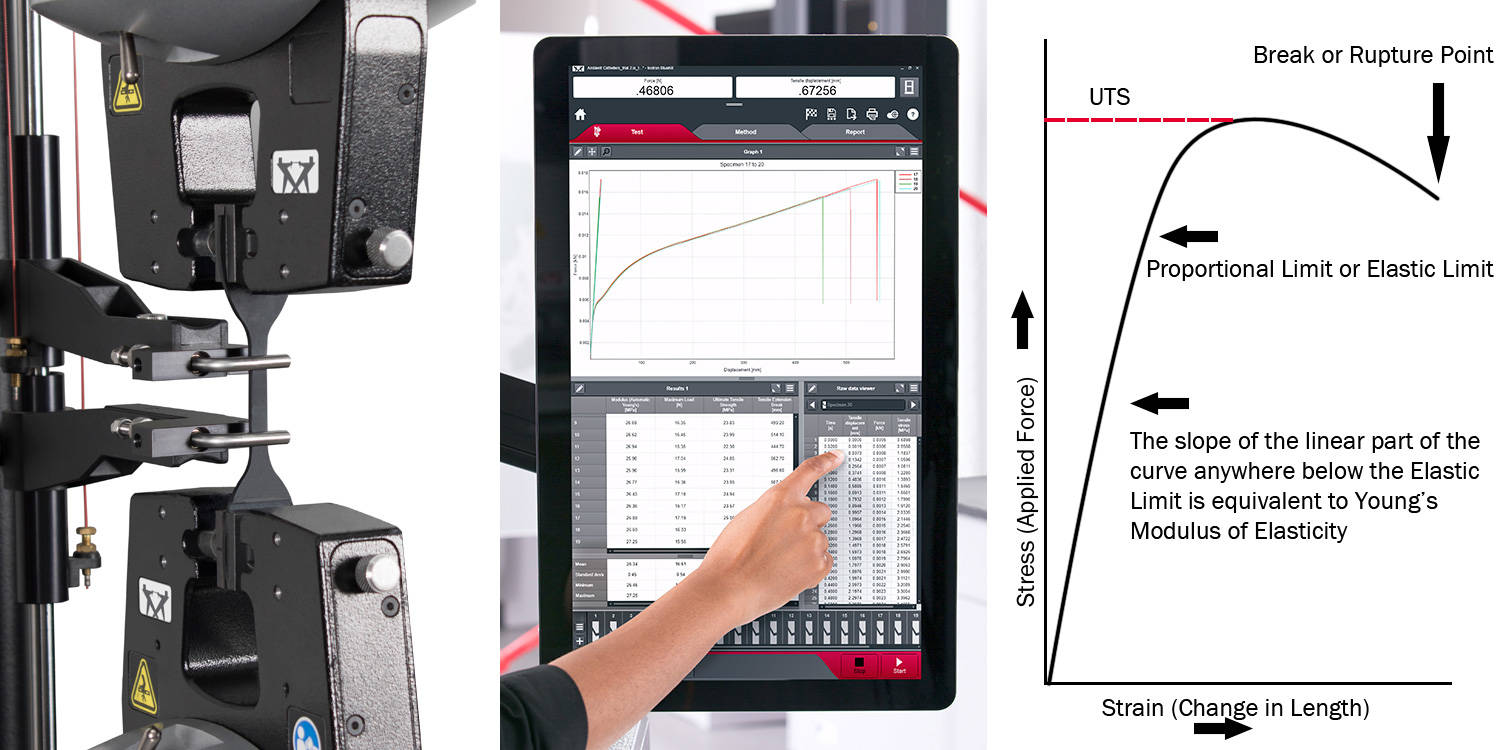 One of the most important properties we can determine about a material is its ultimate tensile strength (UTS). This is the maximum stress that a specimen sustains during the test. The UTS may or may not equate to the specimen's strength at break, depending on whether the material is brittle, ductile, or exhibits properties of both. Sometimes a material may be ductile when tested in a lab, but, when placed in service and exposed to extreme cold temperatures, it may transition to brittle behavior.

For most materials, the initial portion of the test will exhibit a linear relationship between the applied force or load and the elongation exhibited by the specimen. In this linear region, the line obeys the relationship defined as "Hooke's Law" where the ratio of stress to strain is a constant, or

. E is the slope of the line in this region where stress (σ) is proportional to strain (ε) and is called the "Modulus of Elasticity" or "Young's Modulus."

The modulus of elasticity is a measure of the material's stiffness which only applies in the initial linear region of the curve. Within this linear region the tensile load can be removed from the specimen and the material will return to the exact same condition it had been in prior to the load being applied. At the point when the curve is no longer linear and deviates from the straight-line relationship, Hooke's Law no longer applies, and some permanent deformation occurs in the specimen. This point is called the "elastic or proportional limit."  From this point on in the tensile test, the material reacts plastically to any further increase in load or stress. It will not return to its original, unstressed condition if the load is removed.

A material's "yield strength"is defined as the stress applied to the material at whichplastic deformation starts to occur.

For some materials (e.g. metals and plastics), the departure fromthe linear elastic region cannot be easily identified. Therefore an offset method to determine the yield strength of the material is allowed. This methodology is commonly applied when measuring the yield strength of metals. When testing metals according to ASTM E8/E8M, an offset is specified as a percentage of strain (usually 0.2%). The stress (R) that is determined from theintersection point "r" when the line of the linearelastic region (with slope equal to Modulus of Elasticity) isdrawn from the offset "m" becomes the Yield Strengthby the offset method.

The tensile curves of some materials do not have a very well-definedlinear region. In these cases, ASTM Standard E111 provides foralternative methods for determining the modulus of a material,as well as Young's Modulus. These alternate moduli are thesecant modulusand tangent modulus.

We will also be able to find the amount of stretch or elongation that  the specimen undergoes during tensile testing. This can be expressed as an absolute measurement in the change in length or as a relative measurement called "strain." Strain itself can be expressed in two different ways, as "engineering strain" and "true strain." Engineering strain is probably the easiest and the most common expression of strain used. It is the ratio of the change in length to the original length,

. The true strain is similar, but based on the instantaneous length of the specimen as the test progresses,

, where Li is the instantaneous length and L0 the initial length.