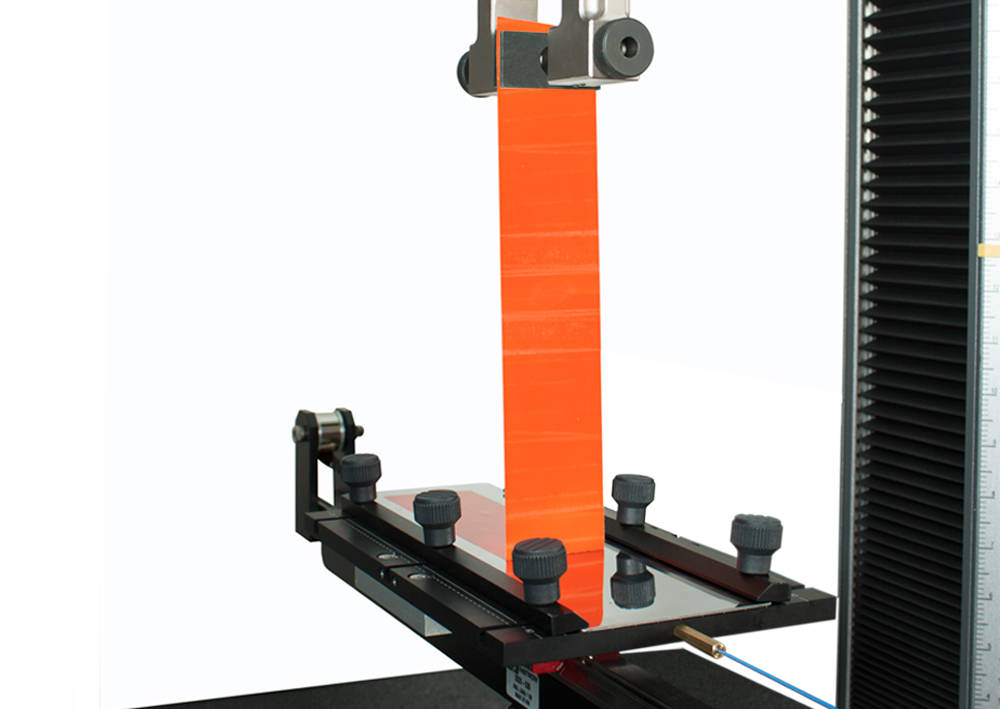 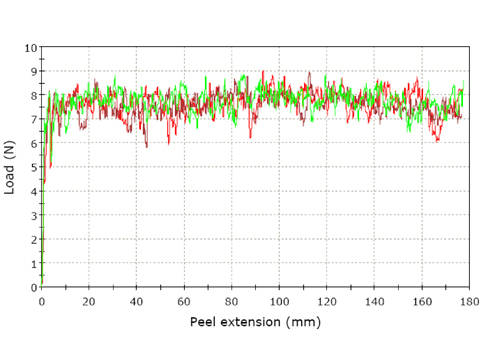 FINAT Test Method No. 2 (FTM 2) is used to investigate peel adhesion of laminates through an angle of 90° with a test speed of 300 mm per minute. Predominately used with laminates and packaging materials, it can also be used for coated laminates to investigate adhesion strengths.

In principle, the test specimen is supported by using a test plate and attaching the test sample by removing the backing material from each strip and placing the adhesive coated facing material adhesive side down onto a clean test plate using light finger pressure. The specimen is rolled twice in each direction with the standard FINAT test roller to ensure proper contact.  The adherend is pulled from the substrate to measure the peel strength, generally presented in an average load divided by the specimen width.

The challenges of testing to this standard are:
Instron Solution: