EN 14477 is a testing standard used to determine the puncture resistance of flexible packaging material. This standard provides a testing procedure for determining the maximum force and elongation for materials testing. EN 14477 has also been utilized to determine the puncture resistance of films such as those used in lithium-ion batteries, though it is not a direct mention in the standard as the standard scope is focused on multilayer flexible packaging.

EN 14477 is an increasingly important testing standard due to the increasing popularity of lithium-ion batteries. Lithium-ion batteries include a separator material - the membrane between the battery’s anode and cathode - which has become increasingly thinner as manufacturers seek to improve conductivity and minimize the amount of space that it occupies. These separator films are commonly made from polymers and must be mechanically strong enough to withstand the winding operation during assembly of the battery. From a material evaluation standpoint, understanding the mechanical properties such as puncture resistance is important when determining which material is optimal. 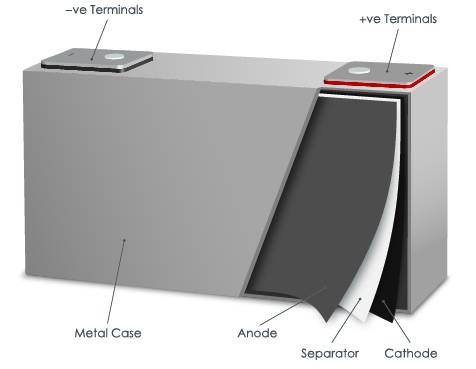 Instron’s custom puncture fixture, CP105780, was designed per EN 14477 and includes two 0.8 mm diameter puncture probes. The fixture includes an essential rubber ring that goes between the specimen and fixturing body, which is necessary to prevent the specimen from moving around or slipping during testing. Instron also offers a 1 mm diameter puncture probe, CP114502, as an add on or replacement for the 0.8 mm diameter probs. Though the 1 mm diameter probe deviates from the standard, it can be used in various cases to evaluate the puncture resistance of thin film materials.

EN 14477 recommends a Constant Rate of Extension (CRE) frame able to operate and measure elongation during testing. If testing is to be performed with slower tests speeds, an Instron 3400 Series test frame should suffice. However, for best results when testing at 50 or 100 mm/min, a 6800 Series frame is the optimal solution due to its higher data capture rate. For nearly all thin film puncture testing, a single column frame is appropriate as the loads rarely go above 5 kN. For most thin film puncture testing to EN14477, Instron’s 2530 Series load cells are appropriate. A 10 N load cell is typically sufficient for testing materials such as separator film; however, larger 50-100 N load cells can be used as well based on the thickness and strength of the material.

Instron’s Bluehill Universal testing software has options for controlling the data rate and speed for each test to ensure the material is evaluated at various test parameters. Bluehill software allows users to easily control the test, acquire data, and prepare test reports. Because puncture testing per EN 14477 can be performed up to speeds of 100 mm/min, it is recommended to use a high data rate in order to capture the true peaks in load, as it occurs very quickly at high speeds. An insufficient data rate can result in variable testing results if the peaks are not captured adequately. 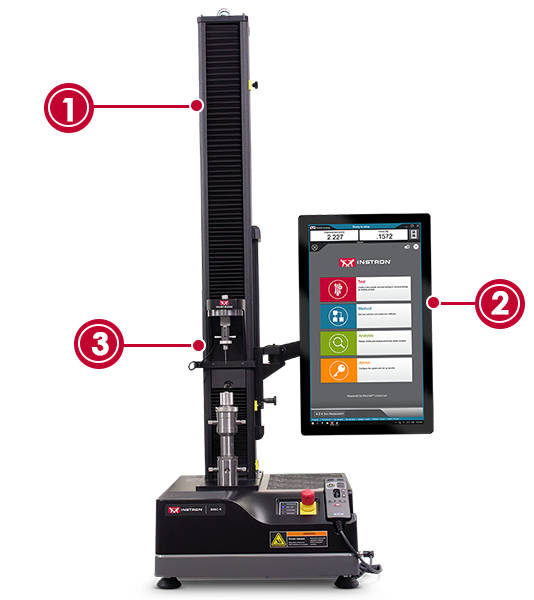